What kind of man was Ludwig von Mises? As this unique film shows, Mises (1881-1973) was a man who never stopped fighting for freedom: not when the Nazis burned his books, not when the Left blackballed him at universities, not when it seemed as if statism had won. With courage and genius, he fought big government until the day he died … in 25 books, hundreds of articles, and more than 60 years of teaching.

Mises’s battles against Communists, Nazis, and other socialists, are featured in this film, as are his ideas of Liberty. There is also the old Vienna he loved, the Bolshevik prime minister he dissuaded from Communism, and a cast of villains from Lenin to Hitler, as well as such supporters and students as Murray Rothbard, Ron Paul, Bettina Greaves, M. Stanton Evans, Mary Peterson, Joseph Sobran, and Yuri Maltsev.

Among his many accomplishments, Mises showed that socialism had to fail, that central banking causes recessions and depressions, that the gold standard is honest money, and that only laissez-faire capitalism is fully compatible with Western civilization.

Mises was the twentieth century’s foremost economist, and one of its most important champions of Liberty. Here is a film that does justice to this extraordinary man, and to his equally extraordinary ideas.

The Formula That Killed Wall Street

How did those financial criminals crush the economy? Should we arrest them and banish them forever?

A year ago, it was hardly unthinkable that a math wizard like David X. Li might someday earn a Nobel Prize. After all, financial economists—even Wall Street quants—have received the Nobel in economics before, and Li’s work on measuring risk has had more impact, more quickly, than previous Nobel Prize-winning contributions to the field. Today, though, as dazed bankers, politicians, regulators, and investors survey the wreckage of the biggest financial meltdown since the Great Depression, Li is probably thankful he still has a job in finance at all. Not that his achievement should be dismissed. He took a notoriously tough nut—determining correlation, or how seemingly disparate events are related—and cracked it wide open with a simple and elegant mathematical formula, one that would become ubiquitous in finance worldwide. 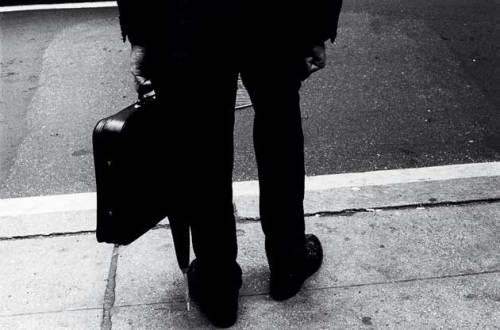 An Economist Thinking About Love

Economists see markets at play everywhere. Even in your romantic life. Indeed, I’m one of the worst guests that you can invite to your wedding. Why? Because while most of your guests are listening for your love story, I’m listening for your contract. While others see a romantic courtship leading to the altar, I see people who are satisfied enough to stop searching for someone else.

At a wedding I see a relationship that is good enough to settle down and start investing in. If you get a reasonable rate of return, investment in your relationship will make it truly better than any other relationship you could have.

I once tried to formulate a function to explain why I prefer girl A much more to girl B, and also employ marginal analysis to groud my stance ‘rationaly’. Nonetheless, this was no worse than nutritionist tastes every ambrosia with frigid tube.